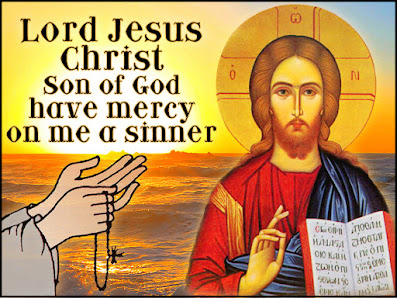 " Pray without ceasing. " How, exactly, are we to do that? I can't just sit and pray all day. I have responsibilities: A job, a family, etc. And what would I pray about? I'm not good with words, and even if I was, surely I would run out of thoughts to pray about.  The answer to every question about this is the Jesus Prayer. Let's look at the prayer itself, in smaller parts: "Lord Jesus Christ." The Name above all names at which every knee shall bow and every tongue confess. The titles Lord and Christ, the anointed one of God. As the song says, there 's power in the Name. When we call upon the Name of the Lord, we worship Him(Ps 116), we draw near to Him, and He draws near to us (Ja 4:8). How long have I lived my life attending services on Sunday but leaving and spending the rest of the week drifting away? But if I call on His Name throughout the day, I call to mind His imminent presence and I maintain closeness with Him. I repent, literally turning t
Post a Comment
Read more 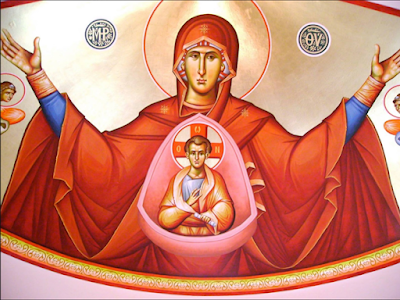 This is a combination of a series of Facebook posts I made some time ago: Did you know...Mary is the greatest woman who ever lived. The archangel Gabriel and her cousin, St. Elizabeth both confess in Scripture "Blessed art thou among women." She was chosen by God to conceive, enflesh, birth, nurture, and raise "very God of very God, of one essence with the Father!" He who can not be contained condescended to be contained in her womb. She is the first Christian to receive the Savior, and she did so in ways no one else could ever do. She found favor with the Father, was overshadowed by the Spirit, and gave birth and raised the Son. (Icon: Our Lady of the Sign, depicting Christ's conception in her womb as she says "May it be done unto me." Her arms are open to us in an invitation to also receive the Savior of our souls.) Did you know...Mary is the model of a life of faith. When God's Angel came to her with His amazing message, in faith, Mary respo
Post a Comment
Read more

Perspective on The Saints

- January 05, 2022
Many people have various ideas concerning the Saints of Christianity. Many Protestants, while acknowledging a few of them by calling them "Saint Paul" or "Saint Luke," fall into two camps. The more "evangelical" denominations generally don't recognize many, if any non-biblical persons as saints, to my knowledge. The "Mainline Protestants" like Methodists, Anglicans, Lutherans etc, do recognize other saints, to a limited degree. Coming from Lutheranism, I know they acknowledge Saint Augustine, Saint Lucia, and others. Ironically, Martin Luther, the Reformer who is credited with "restoring the Gospel" is not recognized as a saint, and no person is considered a saint, in the narrow sense, since the Reformation. In Lutheranism (I'm not sure about others), there is a broad, general sense of saint-hood, and it's generously applied to pretty much all those who have departed this life apparently in the faith. But that's it. Sain
Post a Comment
Read more

- November 21, 2021
With the blessing of Fr. Saša of St. Nicholas Serbian Orthodox Church, I am organizing a group of people who would like to increase their spiritual discipline of prayer during the Nativity Fast of 2021. Orthodox Christians are called to a life of prayer, fasting, and alms-giving, and especially so during the fasting seasons. In order to increase our prayer during the 40-day fasting periods, we can join together and pray the Psalms, they prayer book of the Church. How it works: The Psalms are divided by the Church into groups called "Kathisma," of which there are 20. We need 20 people (or more) to commit to praying just one Kathisma each day, and for each of the other participants by name. This will add about 20 minutes to your prayers.   If we have 20 people, each person prays a different kathisma, resulting in us collectively praying the entire book of Psalms every day, and each of us individually will pray through the entire book twice in the 40 days of the fast.  If you wo
Post a Comment
Read more

Their angels always see the face of my Father 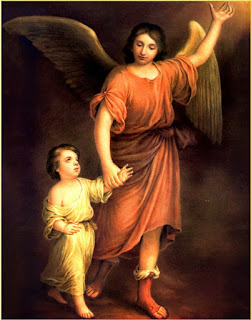 A bit of pious opinion. But first, a story! It was Thursday evening and we were in the living room watching TV when Lucas, my 9 year old nearly-nonverbal son with Down syndrome quickly turned to me as if prompted and said "Dad! DAD!  Gramma!" "You want to call Gramma and Grampa?" "Yes." "Why don't we call them on the weekend? It's late, they're an hour ahead of us, so it's later there. Wait and we'll call them this weekend." He sat back down on the couch and seemed to be Ok with that answer, but a few minutes later he sprang back up and said, kind of urgently, "DAD! Gramma!" We were only watching TV, so I stopped the show we were watching and we got a phone which I dialed for him. They answered, and he babbled away to them about sundry things we couldn't really decipher. He, thinking ALL phones work like smart phones on video calls, walked around the house and pointed the cordless handset at the variou
Post a Comment
Read more

Barking up the Wrong Tree

If we could get the right people elected, if we could get the right laws passed... This is looking in the wrong place, for the wrong answer. Jesus said there will always be poor people, and that we should help them. He did not say we should pass laws so that we don't have to get our hands dirty dealing with the poor ourselves, nor did He say that we should MAKE other people help them by force of government. It is for us to do. Jesus asked, "When the Son of Man returns, will He find faith?" Seemingly rhetorically telling us that things are going to get tough. He said we must take up our cross, an implement of torturous death, and follow Him. He did not say "things are looking up! It's only gonna get better from here!" Helping the poor, feeding the hungry, clothing the naked, burying the dead, these are the lot of Christians while at the same time suffering and persecution are the reward. Or do we think we deserve better than what they did to our God
Post a Comment
Read more

Monastics in the World: Steps Toward Oblation - Lesson 3 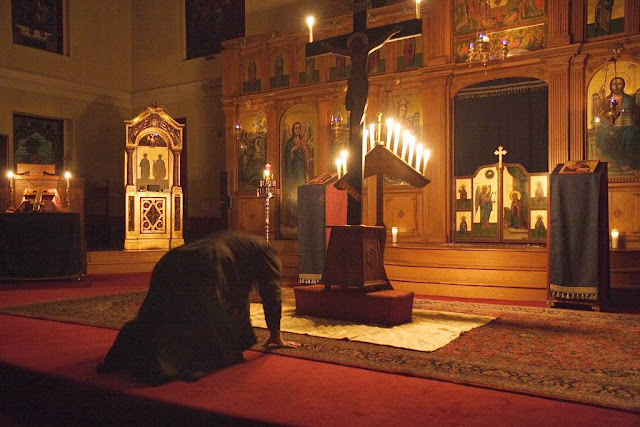 1. What are the impulses or inspirations that have led me to consider embracing “monastic” values while continuing to live and work “in the world”? I don't think I can cite a single inspiration or a time that I began to feel a draw towards a life of prayer and closeness to God. Rather it has been with me for quite some time now. Maybe it was begun by my father saying a bedtime prayer with me as a young child, but I have long felt an impulse for a life of prayer and drawing near to God. It's only grown stronger with time. It is ironic, because I was raised Lutheran, and Luther had little use for monastics. He famously said in a sermon that the barmaid does more and greater good works, and he would trust her more when she unloads a cart of supplies for her tavern, than if all the Carthusian monks were to kill themselves with all their singing. Luther was not lukewarm on the subject, and so neither are the Lutherans in general. For my desire to lead a quiet, separa
Post a Comment
Read more
More posts